A nice naked lady or two!

A few weeks ago, I dropped in to the Lindsay Gallery to sit and think, to look and to contemplate.

In front of me and all around were the fruits of the fantastic Lindsay family, Norman’s lush nudes, a cabinet full of Ruby’s art nouveau drawings and designs, and fine examples of the draughtmanship and print-making of Percy, Lionel and Daryl.

Impressive. And I began to wonder how little turn-of-the-century Creswick coped with all this, especially with what reportedly were the wild goings-on at the Lindsay household. I know Creswick are, rightly, proud of the Lindsay family now.

One of Norman Lindsay’s paintings is called “Benediction” (which means blessing) so that led into this light-hearted poem as my introduction to my tenure as Poet in Residence at the Art Gallery of Ballarat.

Benediction
(Benediction n. The act of blessing or invoking a blessing . . .)

What a blessing they were to Norman
How these belles in full flesh were his joy
With just a gesture at narrative function
A satyr or two and a boy.

His models all glowing and healthy
With no trace of any fig leaf
‘No nudes is good nudes’ was clearly
Not part of Lindsay’s belief.

In the family too - art nouveau Ruby
Rose with her dark Spanish pouts
And Percy and Lionel and Darryl
With landscapes and townscapes and boats.

What would they have wondered in Creswick
Of the fey Lindsay clan and their ways
How the strangest of creatures came calling
And the wild goings-on of their days.

But men downing pots in the barrooms
Though they would not have said it aloud
Felt the envy behind the guffawing
They mocked but were secretly proud.

And all the dear ladies of Creswick
With their doilies and fine Wedgwood cups
Could barely suppress a wee frisson
Of excitement behind their tut-tuts.

Oh, what would we give to be part of
That artistic Bohemian crew
Endowed with a richness of talent
And a nice naked lady or two! 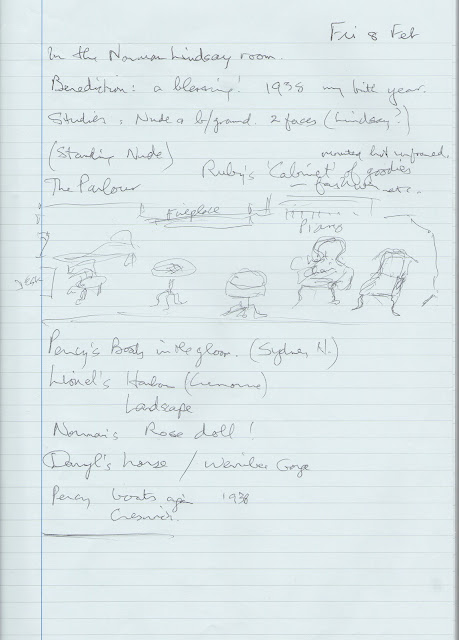 Introducing our Poet in Residence

In recent years, there has been an increasing focus on the written word at the Art Gallery of Ballarat.  This has included poetry recitals relating to selected exhibitions as well as In Conversation sessions with prominent writers in conjunction with the Wheeler Centre.
Following on from the success of Barry Breen's Let's Talk Poetry series through 2012, the Art Gallery of Ballarat invited him to become our Honorary Poet in Residence for 2013.

Barry has worked variously as a schoolteacher, editor, drama lecturer, writer-in-residence and as an actor and director. He has published two collections of his own poetry as well as eight other books of short stories and poetry for schools. His poems and stories have appeared in most of Australia’s literary papers, journals and anthologies as well as in Ireland and Great Britain. He has held an Arts Council Senior Literary Fellowship and received the Poetry Australia Award and an Age Short Story Award among other prizes for poetry, short stories, children’s stories and acting.

In my role as poet-in-residence at the Gallery, I aim to write poems that describe, interpret, reflect on and are inspired by works of art. My poems may relate directly to a particular work or be more broadly reflective of the Gallery’s collections.

My modus operandi is to look, think about, talk about, let ideas come, note down descriptions and ideas, shape, edit, polish and eventually publish.

I hope that my poems will both please and reflect the style of the artist and that Gallery patrons and others will enjoy them. 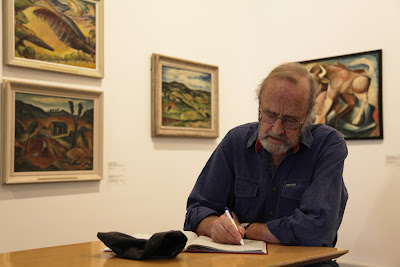